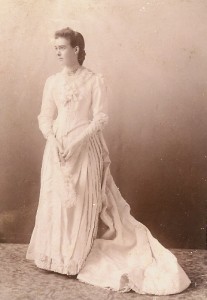 
Caro Blymyer Dawes (1865-1957) was the wife of Charles Gates Dawes (who served as Vice President under Calvin Coolidge) and a community leader in her own right. Caro Dawes was very active in children’s welfare issues by the time the Dawes’ moved to Evanston. She was a founder of The Cradle, which helps place orphaned children in new families. And, helped to found the Illinois Children’s Home and Aid Society. When she was not focused on child welfare, her home was the site of numerous meetings of community groups, including the Alliance Francaise, and gatherings of local, national and international political leaders.